All world regions experienced declines, and all in the double digits except Europe and Canada, with Africa the hardest hit, according to the Association of Equipment Manufacturers (AEM), the North American-based international trade group representing the off-road equipment manufacturing industry. AEM cited U.S. Department of Commerce data it uses in global market reports for members.

This can be partially explained by the stable U.S. market and the strong dollar, making U.S. equipment manufacturers less competitive. Opposing the strong dollar is a weaker euro that is also driving European exports.

Overall, the Q1 2015 trade deficit has subtracted 1.9 percent from GDP growth, the largest subtraction in 30 years. While the current currency issue is a long term one, recent exports also have suffered a short-term setback with the West Coast port dispute earlier this year.

The top countries buying the most U.S.-made construction machinery during first quarter 2015 (by dollar volume) were:

AEM’s Construction Equipment Global Markets Export report and select other reports are available to the public through the AEM store (www.safetymaterials.org). 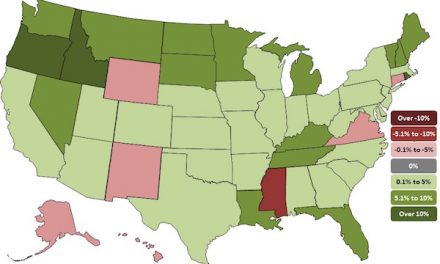