On March 1, the automatic spending cuts known as sequestration took effect, chopping billions from federal programs. While a few programs like the Highway Trust Fund and the Airport Improvement Program are largely exempt, the majority of government investment accounts will suffer cutbacks of nearly 5 percent.

Overall, roughly $1.2 trillion will be cut from government spending over the next 10 years, with $85 billion this fiscal year alone.

The table below illustrates the impact of sequestration on federal construction program budgets in FY 2013:

Though the Congressional Budget Office estimates sequestration will shave 0.6 percentage points from the economy’s annual growth rate, the actual impact is still unknown. Lawmakers are already working to replenish funds to certain agencies that were hit by the spending cuts, particularly the Department of Defense.

The sequester – which was never actually supposed to happen – illustrates just how dysfunctional the political process has become. The federal budget is in desperate need of reform, but across-the-board cuts (as opposed to targeted reductions) do not address our long-term fiscal problems.  Visit AEDaction.org to urge your lawmakers to pursue comprehensive budget and tax reforms that propel our country forward.

Are You Treating Employees Like They Don’t Matter? Six Things You Do (Or Don’t Do) That Make Them Feel Unloved 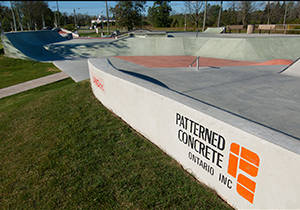 Patterned Concrete: the Value of Being Backed by a Brand

The End of the Competitive Advantage