HiMA is an innovative SBS (styrene-butadiene-styrene) polymer technology developed specifically for asphalt paving. The SBS polymer loading is more than twice that of ordinary modified asphalt, yet the mixes are readily workable, easy to lay in the field, extremely durable and weather resistant. Due to the typical inclement winter weather in St. Petersburg, many vehicles are outfitted with studded tires, which can quickly degrade asphalt pavements. The high polymer loading of HiMA technology makes the asphalt more like an asphalt-modified rubber, as opposed to a rubber-modified asphalt, increasing its resistance to road fatigue and deformation and extending its service lifetime.

Technonicol, the largest Russian manufacturer and supplier of roofing and water/heat insulation materials, was responsible for producing 96 tons of the two HiMA binders for the base and wearing courses. The job was completed without any issues and employed the use of standard equipment for polymer modified binder production at Technonicol's Vyborg plant.

Russian road contractor, VAD, was responsible for laying the pavement. VAD produced two different asphalt mixes and paved two lanes of a 1 kilometer stretch of new road north to St. Petersburg. An asphalt pavement 15 centimeters thick was laid down instead of the typically applied 20 centimeters thickness. Additionally, only two layers were applied instead of the standard three layers. Kraton later announced that all technological operations from asphalt mix production, to transport, to paving and compaction were executed flawlessly.

"We were impressed how well all the tasks were completed by both Technonicol and VAD,'' said Marek Kowalczyk, Kraton's Eastern European Sales Manager. "It was a pleasure to work together with such highly professional partners."

"Our goal is to make pavements more cost-effective," continues Kowalczyk. "Our HiMA solution allows us to add more polymer into the mixes to achieve an asphalt thickness reduction from 20% to up to 50%, which makes the pavement less costly upfront. Additionally, pavements become more rut-resistant and able fight fatigue cracks, saving on maintenance costs." 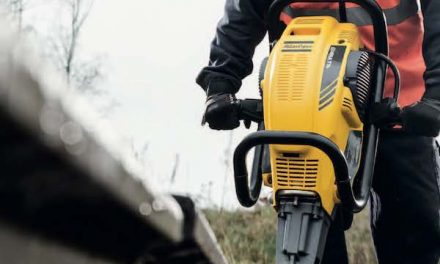