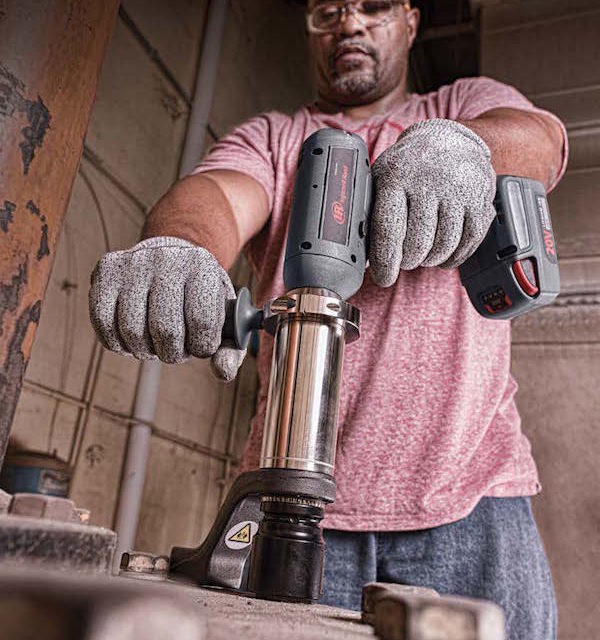 “In heavy-duty, high-risk environments like infrastructure construction, oil and gas and power generation, the accuracy of applied torque is critical,” said Dan Fleming, product manager at Ingersoll Rand. “In these high-performance industries, time is valuable. The QX Series Cordless Torque Multiplier replaces manual, inaccurate fastening methods with a traceable method that is quicker and more efficient.”

To meet heavy-duty fastening needs, the QX Series Cordless Torque Multiplier has a brushless motor paired with a premium Norbar® gearbox to generate 160 times the torque of a standard QX Series tool. The tool is available in five different combinations of torque and speed capability, ranging from 30 to 1,475 foot-pounds and 5 to 45 rpm.

The QX Series Precision Torque Multiplier can be purchased as an individual tool, or in a kit that includes the tool, two IQV20 batteries, one battery charger and a carrying bag. The tool also has a HAZLOC configuration that is certified for Class 1, Division 2 applications.