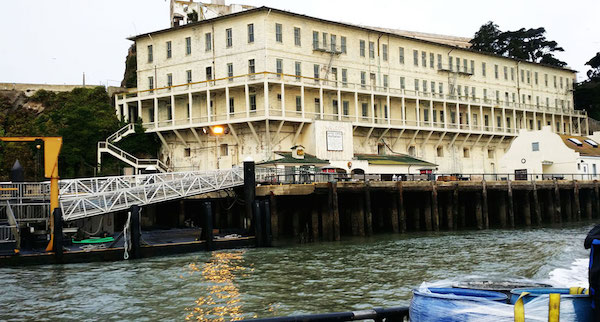 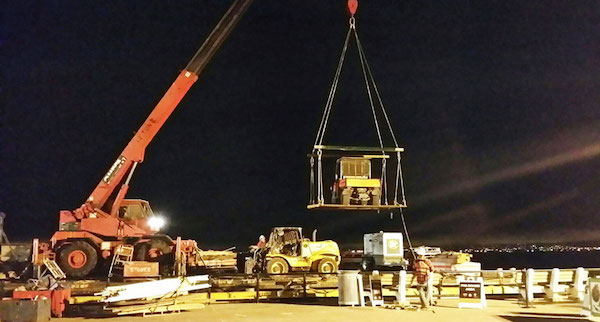 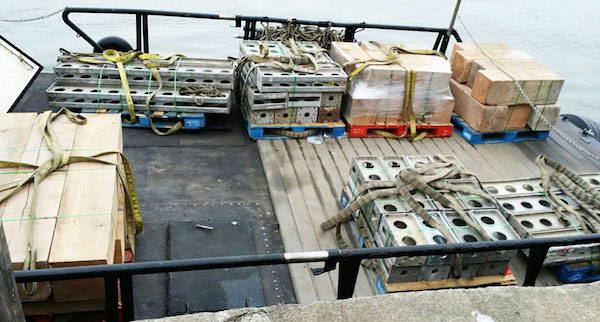 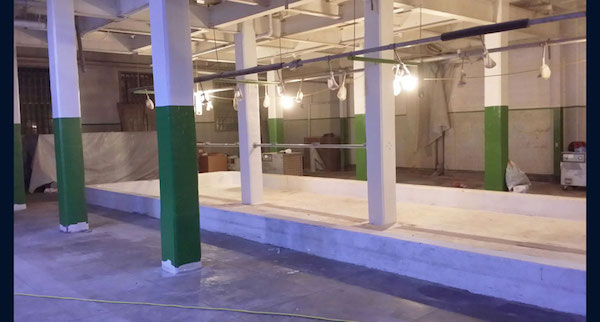 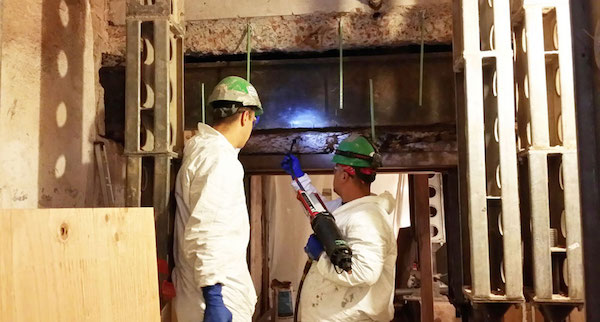 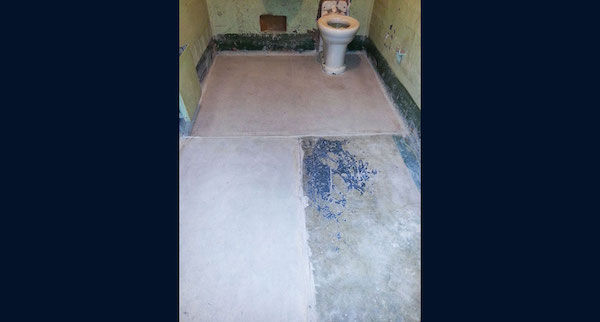 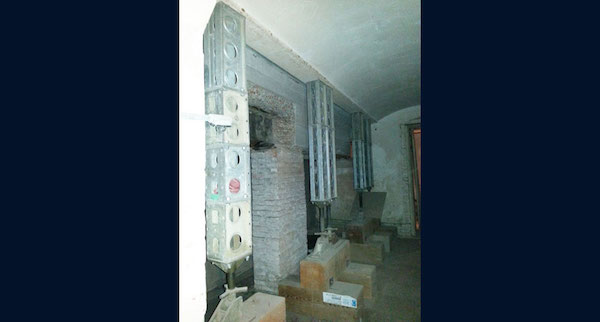 When the main cell house building at the historic Alcatraz Federal Penitentiary was constructed in 1910-1912, prison workers mixed salt water from the surrounding San Francisco Bay and brick rubble in the concrete support beams. Coupled with the island’s extreme weather conditions, the large, cast-in-place concrete support beams in the original Citadel and basement shower room areas that support the main cellblock structures began to deteriorate and fail, posing major structural damage to the historic building.

The Citadel was part of the original structure and dates back to the Civil War era. Its masonry walls support the massive concrete beams carrying the load of the penitentiary located above. The shower room is located on the same level as the Citadel, but is separated by earthen fill and has walk-in access at a lower level of the structure.

The general contractor on the project hired Western Specialty Contractors – San Francisco, CA Branch for the $3.6 million structural repair project after the original contract team defaulted on the job, pushing the project over a year behind schedule. Restoration work on the structure was also required to bring the structure up to California’s seismic codes for earthquakes. Once a contract was approved, Western’s crews quickly mobilized to the jobsite to complete the job.

Western’s scope of work focused on the Citadel and shower room areas and included replacing beams and masonry that support the cell house floor, installing engineered shoring, repairing the cell house structural floor, performing non-structural patching and masonry, repairing salvageable beams to protect them from further deterioration and installing a cathodic protection system to prevent deterioration of the metal support. All work on the project would be completed at night to avoid disrupting public tours of the historic landmark during the day.

Like any historic restoration project, there were challenges. One of the main challenges faced by Western’s crews was controlling the amount of dust generated during the demolition process.

“Dust control was a major challenge, especially considering the amount of work that was happening in such a small area with poor circulation,” said San Francisco Branch Manager Tony Lieder.

“When Western took over the project, we spent approximately two to three weeks just cleaning the site and removing debris left by the previous contractor. Often the dust was so bad, each shift would have to stop working about an hour early every night just to clean up. One of our first tasks was to find a way to engineer out this issue and increase productivity.

“When performing demo, we created mini-containment zones in each location, as well as used localized air scrubbers and vacuum attachments for our equipment when appropriate. For the main work areas outside the containment areas, we obtained several large, customized air scrubbers that had a much greater capacity than what was commercially available. The improvements in the dust control were dramatic.”

Another challenge on the project was transporting materials to and from the island. The only available transportation option was a barge.

“Our materials had to be light enough for our on-site forklift to handle and we commonly had to break down pallets of material in order to lighten the loads or partially fill dumpsters when returning debris,” Lieder said. “Loading and unloading the barge also depended on the schedule of the tides. If the tide was too low, we couldn’t load or unload equipment. If we ever had equipment breakdowns, we would have to scramble during the day to get everything resolved and back to the boat that night. ”

Despite the challenges, Western crews were able to successfully complete the project within nine months.