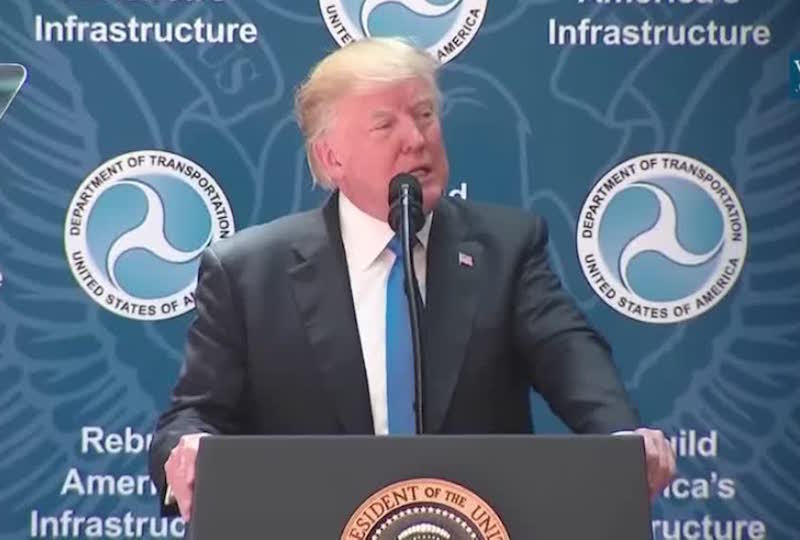 On Monday, President Trump announced his plans to privatize the Nation’s air traffic control. Calling for the separation of Air Traffic Control from the Federal Aviation Administration will reduce congestion, flight times, and fuel usage, and will allow America to use and develop modern technology and communication equipment. This will improve safety and restore America’s role as a leader in aviation technology.

On Wednesday, President Trump will confront America’s failing inland waterway system. The waterway has relied primarily on federal funding, which has been insufficient in meeting operational demands of the system. The President’s new approach will empower state and local governments to make necessary improvements to our infrastructure.

On Thursday, a Governors and Mayors listening session will be held to ensure that the Administration’s policies on infrastructure align with the states’ specific needs. The session will cover issues such as rural infrastructure, permitting reform, transformative projects, drinking and wastewater, transportation, and energy.