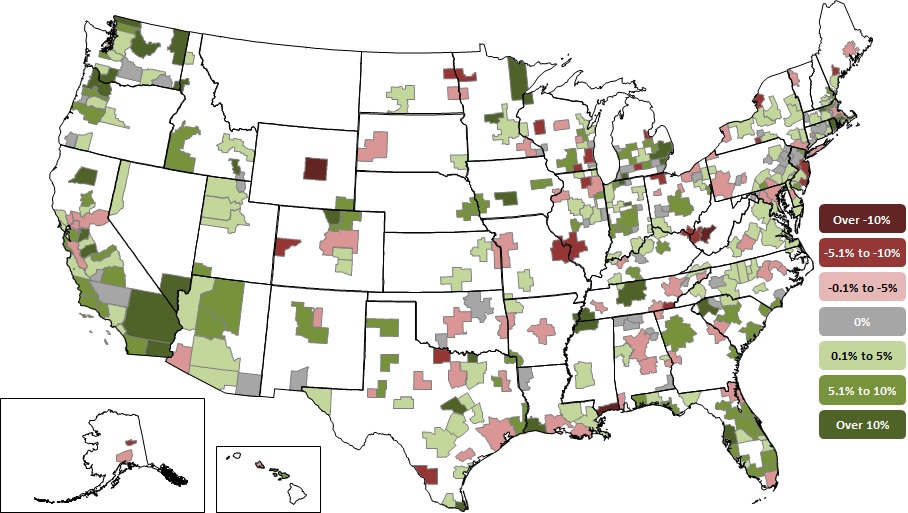 Construction employment increased in 217 out of 358 metro areas between April 2016 and April 2017, declined in 89 and stagnated in 52, according to a new analysis of federal employment data released today by the Associated General Contractors of America. Association officials noted that construction firms in many parts of the country continue to expand headcount amid strong private-sector demand for their services.

“Construction employment continues to expand in the majority of the nation’s metro areas,” said Ken Simonson, the association’s chief economist. “Many firms are adding new employees as they work to keep pace with demand for new private-sector projects.”

Association officials cautioned that public investments in infrastructure have declined by 8.5 percent during the past twelve months, even as private-sector demand continues to grow.  They added that deteriorating infrastructure could undermine continued economic growth as businesses are forced to pay more, and wait longer, to ship goods and services.  They said an infrastructure proposal outlined by the Trump administration last week should provoke needed debate in Washington about how to pay for future public works projects.