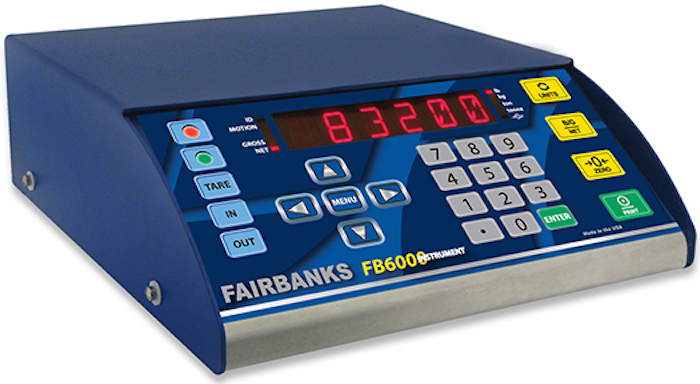 The latest FB6000 weighing instrument is the most functional and affordable instrument in its class, and is compatible with both analog and digital weighing technology. It’s ideal for all mid-range single truck scale applications including In/Out, Gross/Tare/Net, or Basic (one button) In/Out weighing.

In this recent update, the time-consuming front panel programming of the past has been replaced by an intuitive web interface, reducing time spent on calibration and custom ticket formatting to mere minutes. Custom ticket formats are created with simple “drag and drop” functionality. The interface automatically reformats for viewing compatibility across most mobile phones, tablets, laptops and desktop devices. The interface can also be used to run reports and enter vehicle data.

In a typical truck scale environment where the instrument and scale are physically separated, the FB6000 web interface now enables end users to calibrate the scale system from a laptop or tablet on the same network. This saves time by eliminating the need to walk back and forth between the instrument and scale, during the calibration process.